History of the Rangiora library

The Trevor Inch Memorial Library is a fitting memorial to the late Waimakariri District Mayor,.

Trevor Inch, worked hard to bring to Rangiora a library of which it would be proud. It was opened on 21 December 1996 by Mrs Aileen Inch. 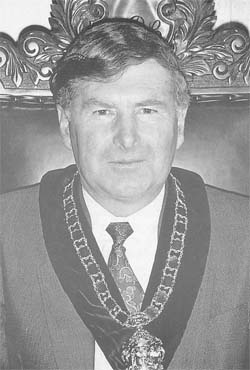 In 1867 an attempt was made to found an organisation called a Mechanics and Literary Institute. These societies appeared in a number of Canterbury towns in an effort to keep the arts alive and provide the rural settlements with a library and some social relaxation.  W B Pauli and Rev. B W Dudley were the instigators in Rangiora and although a sum of money was raised, the Provincial Government would not contribute.

The matter was revived in 1871 by Charles Merton, A H  Cunningham, Hugh Boyd and Henry Blackett, and an Institute was formed.  The Mandeville and Rangiora Road Board allowed its office to be used as a library and reading room, and £40 was sent to England to purchase books. H Boyd and E R Good were the first librarians.  Several fundraising ventures were held and, together with a Provincial Government grant, enough money was forthcoming to purchase a section in High Street for £44 and Boyd and Keir built a hall (this was on the site of the present Council administration building).

By the end of the century the hall was falling into disrepair after being slightly damaged by fire in 1883, and Government support had ceased.  Only Institute members were allowed to use the library, and in return for Council assistance, the Institute was forced to open to the public.  By 1899 the library was known as the Public Library, but residents had to become subscribers.  The Council finally took over the hall and the library in 1921 and began planning for a new Town Hall incorporating a library. 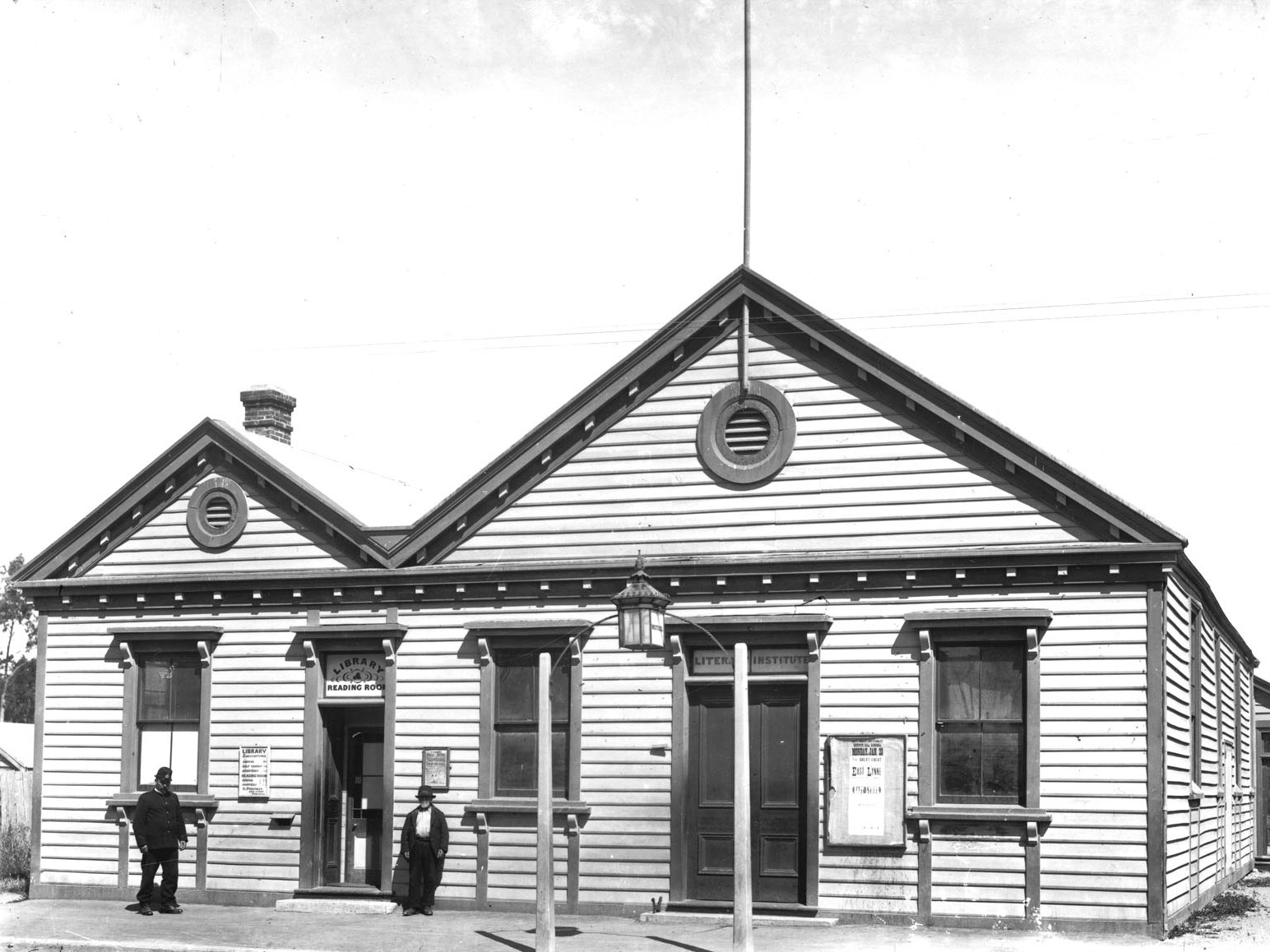 The Rangiora Town Hall was designed by H St A Murray and built by A Williamson of Christchurch.  A loan had been sanctioned for 8000 pounds but the final cost was £10,850.  The 600 plush covered seats were made by the Rangiora furnishers Hargreaves and Harper and were paid for with the insurance from the Institute Hall, which conveniently burnt down before the new hall was finished.  The public library was on the ground floor, with a large reading room upstairs.  The opening ceremony was performed by the Mayoress, Mrs R McIntosh, on 27 May 1926.

In 1936 extensive reforms were made to the library system when the principle of a free library was approved by the Council after  there had been a keen division amongst councillors on whether to carry out the changes. The opening hours were extended to five per day including one hour each evening, and two librarians were employed.  Rangiora was the first small town in New Zealand, after Dunedin and Timaru, to offer a free service.  In July 1936 the library was closed for a week while everyone from the Foreman to the Town Clerk concentrated on shifting more than 6000 books from downstairs to upstairs, and the reading room with newspapers and magazines was moved downstairs.

In 1966 the library, in what was intended to be a temporary measure, moved to the Council Chambers in Percival Street and the Council offices shifted to the Town Hall.  Elderly library users had been complaining about the climb up the stairs and the Council was in need of more office space.

In 1977, a five metre extension was added to the back of the library, but the building became increasingly inadequate as Rangiora and the surrounding District’s population grew.

Several different sites were discussed for a new library and plans prepared, including building alongside Victoria Park, extending and modifying the Town Hall to become part of a cultural complex, and erecting a new administration block with the library upstairs.  All were discarded for one reason or another.

A mutually acceptable solution was reached when the Police Department was looking for a new site away from the congested Percival Street central business area.  The Council and the department exchanged sites, with the Police moving to the section next to the Town Hall and the Council acquiring extra space alongside the existing library.

Architect Bill Skews, a principal of the firm Skews Hey and Ussher which had the design brief, wanted to ensure the new building fitted in with others around in Percival Street.  The old library building, formerly the Council Chambers, was retained by a narrow vote of the Council and that was used as a starting point with its cream and brick colours.  Armitage Williams Construction was the main contractor.

One aspect of the new library building which draws comment, is the use of corrugated iron for some exterior walls. This material is a strong part of the rural tradition in which Rangiora is set, and its use is symbolic of the link between the urban and rural parts of the District.

After local body amalgamation in 1989

"Feature on the opening of the Trevor Inch Memorial Library", Northern Outlook, 16 December 1996.