History of the Kaiapoi band rotunda

In March 1907 a letter and petition signed by 130 ratepayers and residents of Kaiapoi was sent to the Kaiapoi Borough Council.

The Kaiapoi Brass Band, asked for assistance in providing a suitable arena for outdoor performances.

During 1907 the Council discussed the application and a gala day was held on Labour Day to raise funds to erect it. It was built in Darnley Square in 1908. 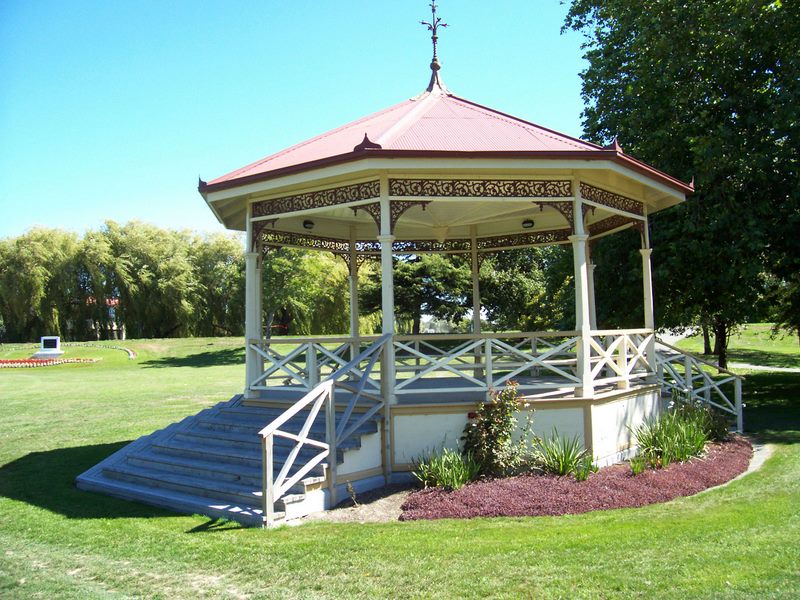 In 1912 a deputation of ratepayers asked the Council to move the band rotunda to a more central site, as there had not quite been the public response that was expected by the Kaiapoi Brass Band. It was subsequently moved to Raven Street in August 1913.

In 1997 it was suggested that the band rotunda be moved, as it had not been used for many years at its existing site and had fallen into disrepair. In 2003 the band rotunda was moved from the Memorial Reserve in Raven Street to Trousselot Park in Charles Street, and is now used for occasions such as weddings and outdoor functions.

The Kaiapoi Band Rotunda is registered as a Category II historic place by the New Zealand Historic Places Trust.