History of the Kaiapoi public library

The first circulating library in Kaiapoi was in 1859, operated on a business basis by Mrs Pavitt in her fancy goods store in Charles Street.

The provision of local culture and entertainment in the 1860s and 1870s was provided by the Mechanics’ Institutes, a forerunner of Workers’ Educational Associations and local Community Centres.  About 1863, an appeal for a town library at Kaiapoi met with no response, but later John Beswick, Matthew Hall and others were more successful.  They collected enough to build, and John Macfarlane gave a section on Raven Quay.  The reading room was opened in June 1865, and a library and lecture room was attached later.

Kaiapoi was fortunate in having as a resident a brother of the proprietor of Hookham’s Library in London, and through them over 2000 second-hand books were obtained.  The library at Kaiapoi was the best of the early collections in the District.

Ladies were not admitted to its membership for some years.  John Matthews, headmaster of the Anglican School, and J Lothian Wilson, 'The Press' agent in Kaiapoi, were the librarians.

On the succession in 1910 of King George V, the Government offered local bodies a subsidy on projects that would commemorate the coronation.  About the same time that the Kaiapoi Borough Council was looking for a project to take up the offer, the Institute decided to offer its assets to the Council because of falling interest in the functions of the Institute.  It was decided to apply for the full subsidy to erect a Coronation Circulating Library and Reading Room.  The library was to occupy a site next to the proposed new fire station at the corner of High (now Williams) Street and Raven Street.

The architect was F J Garnett, and tenders were called for the construction of both the fire station and library.  The successful tender was from Alfred Pearce, a local contractor and former Mayor.

On 27 December 1911, the local Member of Parliament, the Hon. David Buddo, laid the foundation stone.  The official opening of the completed building was by the Mayor, Richard Wylie, on 5 September 1912.

Apart from minor alterations the Coronation Library remained in use until the mid 1980s when, because of a growing demand and lack of space, it was decided to build a new library and council offices.  The fire station had been relocated to Hilton Street in 1960, and the upstairs portion of the building was used by the Kaiapoi District Historical Society as a museum until they in turn relocated to the old Court House in Williams Street.

The new library was built behind the old building, on what was the Council yard and Kaiapoi Electricity Department’s storage area.  A small portion of Raven Quay was also built on.  The tender was awarded to Bremner Smith Builders.  The architect for the whole civic redevelopment was John Vial.

The design of one storey next to the two-storeyed part reflects the shape of the hills to the north-west of the town, and the flowing nature of the design also reflected the surroundings of the river and stopbanks.

The official opening of the library portion was by the Governor General Sir David Beattie on 18 May 1985.  To mark the opening several well-known Kaiapoi families made gifts.  The Cattermole family presented a wall clock, C W D Hodgson donated money for the main lighting feature and the Blackwell family donated money for books.  As well, the Ranui Club for senior citizens fundraised for new books, and students at Kaiapoi High School did the same for the purchase of toys for the children’s area.

The old library and fire station building was demolished to make way for the new council offices, chamber and showroom, and this stage, built by Wadey & Efford, was opened by the MP for Rangiora, R J Gerard, on 18 June 1987.

After the amalgamation of Kaiapoi Borough with the surrounding districts to form the Waimakariri District Council in 1989, Kaiapoi served as the base library until the new Trevor Inch Library was opened in Rangiora in 1996.

By May 2001, usage of the Kaiapoi Library continued to increase but the building had by now reached its capacity for absorbing new resources, while the service centre’s activity levels had declined.  It was proposed that the existing wall between the library and service centre be removed - the increased space to be used to house the expanding library collection and electronic resources, as well as providing Council services. Peter Dunbar was the architect for the expansion, with Russell Construction Ltd, the building contractor.

The new complex was officially opened by R J (Jim) Gerard, now in his capacity as Mayor of Waimakariri District, on 25 January 2001.

The Kaiapoi Library and Service Centre building was closed in September 2010 because of earthquake damage. It was demolished in August 2012 and a new combined Library, Service Centre, Museum and Art Space was completed in January 2015.

The new building was opened on 17 January 2015 name ‘Ruataniwha’ is gifted by the Te Ngāi Tūāhuriri Rūnanga.
Officially opened by Mayor David Ayers on 17 January 2015.
A new water feature will be located in the civic space. The Margaret M Blackwell Trust has made a $30,000 donation towards the water feature.The name ‘Ruataniwha’ is gifted by the Te Ngāi Tūāhuriri Rūnanga. Ruataniwha was an old Ngai Tahu settlement along the banks of the Whakahume, now known as the Cam River. Ruataniwha was one of the many food gathering settlements along the river leading into Tuahiwi and eventually the tributaries and springs closer to Te Rakiora, modern day Rangiora. Ruataniwha, like its neighbouring villages, Pakiaka and Waituere were all worked by the Kaiapoi and Tuahiwi families, who eventually returned to their main Pa at Kaiapoi during the winter months.

Hawkins, D N  - Beyond the Waimakariri : a regional history. Christchurch : Whitcombe and Tombs, 1957. 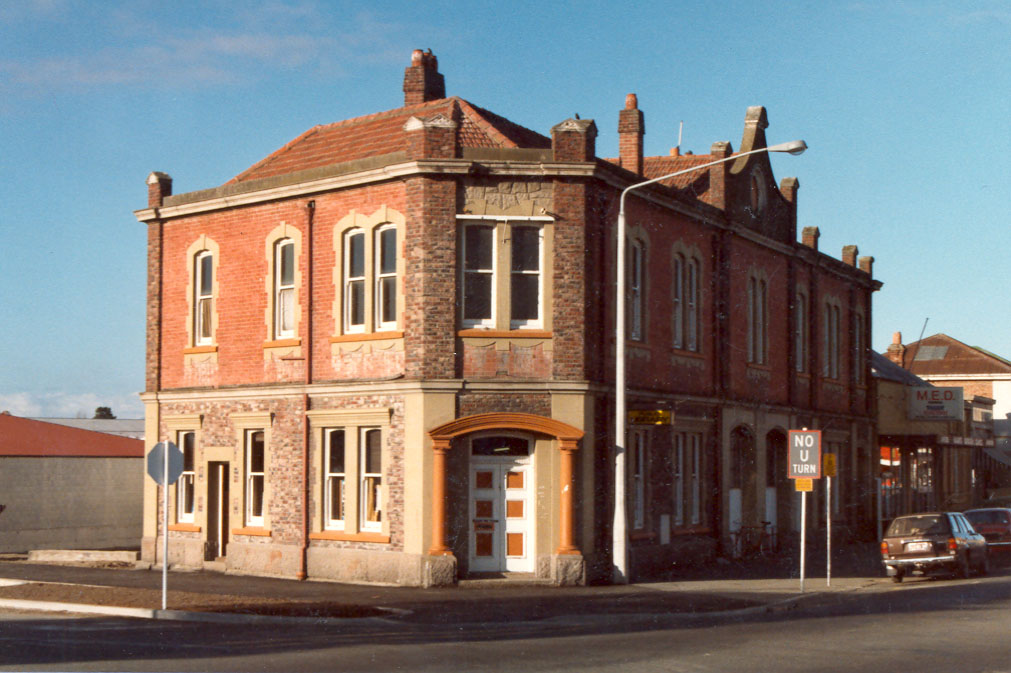 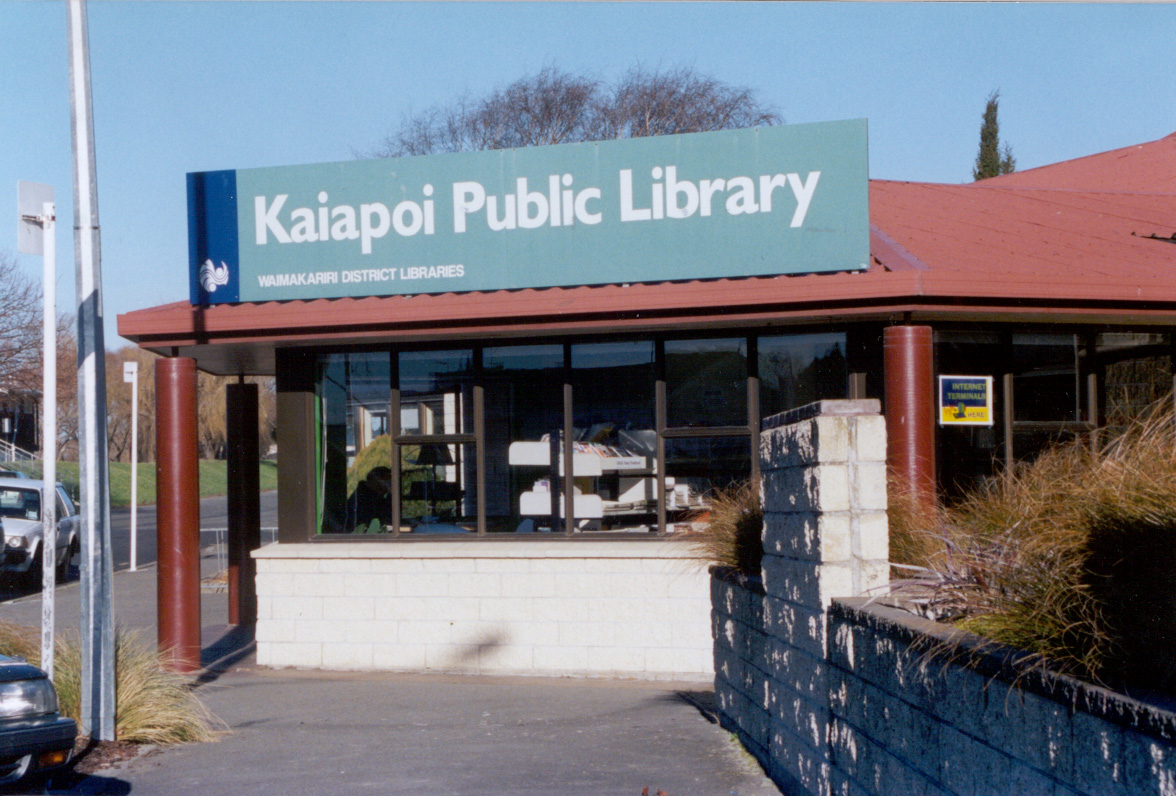 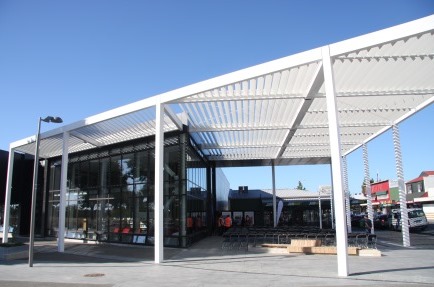