Use is limited to library members. You will need to login with your library card, and sometimes with a PIN also. Contact the library 311 8901 if you need a PIN or any help using the databases.

Ancestry Library edition provides access to millions of records of interest to people wanting to study their heritage.

This resource can only be accessed within the libraries by using either library wi-fi or library computers.

Consumer Health Complete - Provides information from reference books and magazines on health and medical matters for the general consumer.

GivMe - Finding possible funding providers for your personal study expenses. To access this free resource a user account must be created with an email and password. These will be the login details for the user.

GivUs - Find possible funding providers for your community group. To access this free resource a user account must be created with an email and password. These will be the login details for the user.

GreenFILE - Abstracts and some full text articles from scholarly, government and general interest titles covering all aspects of human impact to the environment.

Our library now subscribes to a large collection of historic newspapers from Britain and the United States, from the 18th, 19th and 20thcenturies.

Search across all the newspapers together.

The Daily Mail  has been at the heart of British journalism since 1896, regularly changing the course of government policy and setting the national debate. As well as providing access to the regular edition of this path-breaking newspaper, the archive also contains the Atlantic Editions, printed on board the transatlantic cruise liners between 1923 and 1931.

With digital facsimile images of both full pages and clipped articles for hundreds of 19th century U.S. newspapers and advanced searching capabilities, researchers will be able to research history in ways previously unavailable. For each issue, the newspaper is captured from cover-to-cover, providing access to every article, advertisement and illustration.

The Independent is a UK daily national newspaper. Since its launch in 1986 it has been one of the most innovative papers available in terms of design and avenues of investigation, while its freedom from party political affiliation and neutral ownership make it unique in British journalism.

Since 1822, The Sunday Times has provided thoughtful analysis and commentary on the week's news and society. In more than 800,000 pages, The Sunday Times Digital Archive is a gateway to the greatest crimes, careers and culture of the last 180 years.

The Daily Telegraph was launched in 1855, and within 10 years was able to claim it had 'the largest circulation in the world'. For more than 150 years it has shaped and recorded the history and democratic values of the United Kingdom. The Sunday Telegraph was launched as a sister paper in 1961, and The Telegraph Historical Archive, 1855-2000 provides users with access to both the daily and Sunday editions.

First published in 1785, The Times of London is widely considered to be the world's 'newspaper of record'. The Times Digital Archive allows users to search over 200 years of this invaluable historical source.

Literary Reference Centre Plus - Information on thousands of authors and their works. Plot summaries, literary critcism, biographies and study guides. Ideal for students.

Lynda.com - Lynda.com provides access to workshops, online resources and content to help you develop skills and grow in your career. For more information and how to download the app, click here. For a guide to using the resource, how to use Lynda.com.

PressReader (Formerly PressDisplay) - Read today's newspapers from around the world. PressDisplay gives you access to over 900 newspapers and magazines from 76 countries and in 39 languages. You can print, email or share articles that interest you.

RBDigital provides over 80 popular New Zealand and international magazines, which are yours to download and keep. RBDigital now also has a great range of eComics which you can borrow for 30 days at a time.

Story Box Library - Watch and listen to some of your favourite stories being read by Australian and New Zealand storytellers.
Log in using your library card number.

Who Else Writes Like -  Designed to answer the perennial question "I've read all the books by this author, who else writes like that?"

World Book Activity Corner - Over 5,000 craft activities from the beginner to the expert.

World Book Discover - World Book encyclopedia ideal for hesitant readers or those with English as a second language. Allows students to hear articles read out loud. 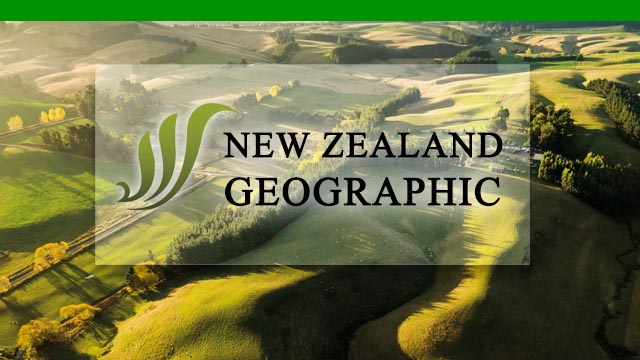 The online version of the magazine NZ Geographic. Articles, video, and images from two decades.