Some book recommendations by library staff to give you a little happy-boost, because who doesn't need a little light in their lives? 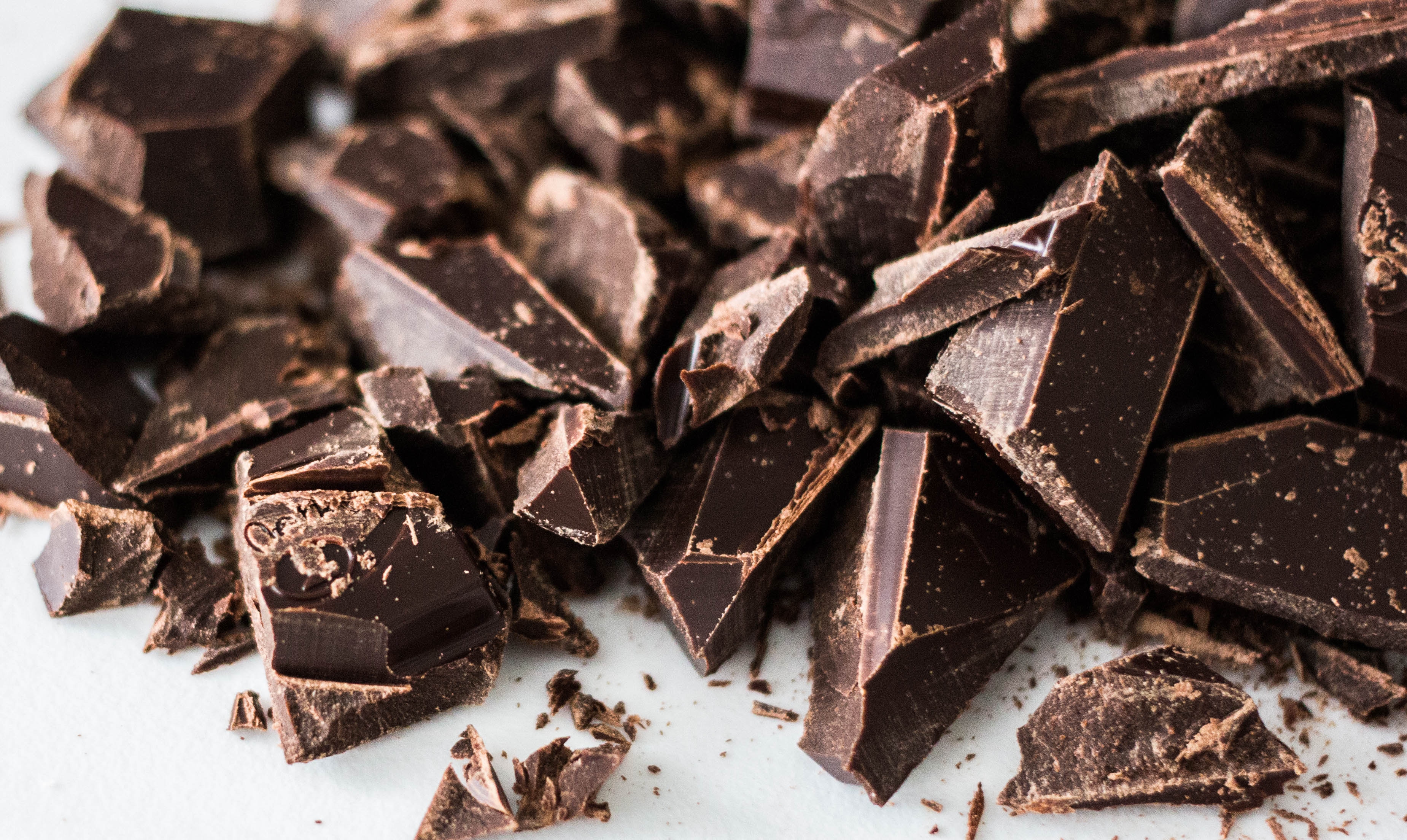 Caution: all of these contain chocolate - Here is a link to every Chocolate-Specific cookbook in the catalogue. Test out some of these recipes and send us a picture of your creation of chocolatey goodness (#WaimakLibs or library@wmk.govt.nz).

Photo by Charisse Kenion on Unsplash

All Together Now - Gill Hornby

Four strangers in the midst of difficult life transitions find friendship, purpose, and perfect pitch in in this heartfelt comic novel. In the small English village of St. Ambrose, the members of the Bridgeford Community Choir have little in common. But when their singing coach dies unexpectedly before a big contest, the motley group must join forces and voices in pursuit of an impossible-seeming goal. Featuring an eclectic cast of characters including a mother suffering from empty nest syndrome, a middle-aged man who has just lost his job and his family, and a 19-year-old waitress who dreams of reality TV stardom. All together now is a poignant and charming novel about small town life, community, falling in love, and the big rewards of making a small change. (Summary from Catalogue)

Bella Figura: how to live, love and eat the Italian way - Kamin Mohammadi

In 2008, Kamin Mohammadi found herself worn down - by the increasingly unrealistic expectations of her high-flying job in the magazine industry, by her fluctuating weight and health issues, and by her non-existent love life. Made redundant from her job, she fled the bleak streets of London for a friend's sun-dappled apartment in Florence. There, among the cobbled streets, the bustling, vibrant markets and the majestic palazzos, Kamin found a new lease of life. Leaving behind her ascetic diets and compulsive exercising, she began to imitate the ways of the carefree Italian women she saw around her - the morning cafe rituals, the long lunches - taking pleasure in the finer things. Within weeks she had regained her health, her natural figure and her zest for life - and even a lover or two. (Summary from Catalogue)

Juliet's Answer: how one man found the true meaning of love in fair Verona - Glenn Dixon

When Glenn Dixon is spurned by love, he does something unusual. He travels to Verona, Italy, to become a scribe of Juliet, Shakespeare's fictional character, all in an attempt to understand his heartbreak. Once there, he volunteers to answer the thousands of letters that arrive addressed to Juliet, letters sent from lovelorn people all over the world who long to understand the mysteries of the human heart. (Summary from Catalogue)

Helen McNeil is a vet in the small rural town of Broadview. While taking evasive action from a dull girl at a party one night she falls over and fails to recognise national sporting hero, Mark Tipene. For some mysterious reason Helen never really grasps, Mark finds this charming and appears the next day at the front counter of the vet clinic to ask her out. A whirlwind romance follows and everything is going swimmingly until one little hiccup changes everything. Chocolate Cake for Breakfast is the funny and heart-warming story of the pros and cons of dating a man whose shirtless picture adorns a wall in every second lunchroom in the country, of calving cows and crazy cat ladies, and of doing your best when life takes an unexpected turn. (Summary from Catalogue)

Welcome to Lomaverde - a new Spanish utopia for those seeking their place in the sun. Now a ghost town where feral cats outnumber the handful of anxious residents. A place of empty pools, long afternoons and unrelenting sunshine. Here, widowed Midlands bus driver Dermot Lynch turns up one bright morning. He's come to visit his son Eammon and his girlfriend, Laura. Except Eammon never opened Dermot's letter announcing his trip. Just like he can't quite get out of bed, or fix anything, or admit Laura has left him.

Though neither father nor son knows quite what to make of the other, Lomaverde's Brits - Roger and Cheryl, Becca and Iain - see in Dermot a shot of fresh blood. Someone to enliven their goat-hunting trips, their paranoid speculations, the endless barbecuing and bickering. As Dermot and Eammon gradually reveal to one another the truth about why each left home, both get drawn further into the bizarre rituals of ex-pat life, where they uncover a shocking secret at the community's heart. Mr Lynch's Holiday is about how families fracture and heal themselves and explores how living 'abroad' can feel less like a holiday and more like a life sentence. (Summary from Goodreads)

In the village of Noon Sun, Benedict Stone has settled into a predictable routine. Business at his jewelry shop has dried up; his marriage is on the rocks. His life is in desperate need of a jump start. And then a surprise arrives at his door. Gemma is Benedict's audacious niece - the daughter of his estranged brother, Charlie. The two brothers haven't spoken in almost two decades, since Charlie left for America. Reckless and stubborn, Gemma invites herself into Benedict's world and turns his orderly life upside down. But she might just be exactly what he needs to get his life back on track. (Summary from Catalogue) 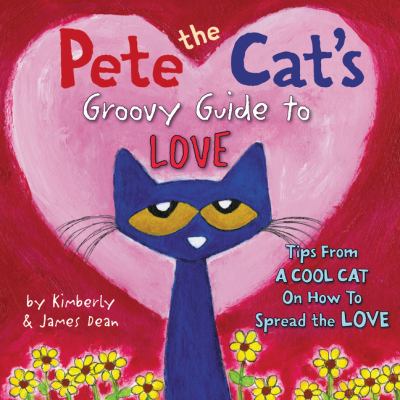 Pete the cat shares some of his favorite quotes from famous people about the subject of love, and adds his own groovy take to them. (Summary from Catalogue) 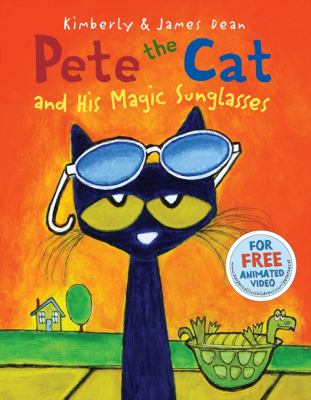 Pete the Cat and His Magic Sunglasses - Kim Dean

Pete the Cat wakes up feeling grumpy--nothing seems to be going his way. But with the help of some magic sunglasses, Pete learns that a good mood has been inside him all along. (Summary of Catalogue)

Precious Ramotswe has only just set up shop as Botswana's No.1 (and only) lady detective when she is hired to track down a missing husband, uncover a con man, and follow a wayward daughter. However, the case that tugs at her heart, and lands her in danger, is a missing eleven-year-old boy, who may have been snatched by witch doctors. (Summary of Goodreads)

Welcome to the gorgeous Cornish town of St Felix, where there's magic in the air... When Ana inherits a broken-down camper van from her best friend, she takes the chance for a quick trip to Cornwall - some sea air and fish and chips on the beach is just the tonic she needs. But St Felix has bigger plans for Ana. She discovers a series of unsent postcards, dating back to the 1950s, hidden in the upholstery of the van. Ana knows that it's a sign: she'll make sure that the messages reach the person that they were meant for. And as the broken-down van is restored to gleaming health, so Ana begins to find her way back to happiness. (Summary of Catalogue)

Practice kindness every day with these easy, accessible activities that range from helping the elderly to supporting animal welfare to protecting the local environment. In Simple Acts of Kindness, you'll discover many ways to bring help and happiness to those around you, including: -Calling your elderly relatives just to say hello -Bringing a box of doughnuts to the office to share with your coworkers -Thanking your driver as you get off the bus These simple activities make it easy to be kinder every day and provide support to those who need it most. With this book in hand, you can easily make a positive difference in today's society. (Summary of Catalogue)

When a local nursery introduces a gardening contest, the gardeners of Livia jump into the competition with a vengeance, including a middle-aged couple who risk their retirement savings, a garden witch, and a self-styled gardening expert. (Summary of Catalogue)

London, 1941, amid falling bombs Emmeline Lake dreams of becoming a Lady War Correspondent but finds herself acting as a typist for the formidable Henrietta Bird, the renowned agony aunt of Woman's Day magazine. She is astonished to discover that Mrs Bird is so resolutely against any form of 'Unpleasantness' that she is dismissing letters from the lovelorn, grief-stricken or morally conflicted. But Emmy can't bear to think of women with genuine fears and worries going unanswered, and soon decides the only thing for it is to secretly write back. (Summary of Catalogue)

Germaine Johnson may not be all that good with people but she’s great with numbers. Unfortunately, as she discovers after the incident at Wallace Insurance, there are very few openings these days for senior mathematicians. Then her cousin gets her a job at the council. On the Senior Citizens Helpline. It’s not the resume entry Germaine wanted—but it turns out Mayor Verity Bainbridge has something more interesting in mind for her. A secret project involving the troublemakers at the senior citizens centre and their feud with the golf club next door. Which is run by the strangely attractive Don Thomas. Don and the mayor want the seniors closed down. Germaine wants what Don and the mayor want. But when she’s forced to get to know the ‘troublemakers’—things get more complicated. A sharp, witty, big-hearted comedy from a hilarious Australian writer, Katherine Collette’s The Helpline is about people power and brain power—and the difficulty of getting them to work together. (Summary of Catalogue)

Once a celebrated author of short stories now in his twilight years, Anthony Peardew has spent half his life lovingly collecting lost objects, trying to atone for a promise broken many years before. Realising he is running out of time, he leaves his house and all its lost treasures to his assistant Laura, the one person he can trust to fulfil his legacy and reunite the thousands of objects with their rightful owners. But the final wishes of the Keeper of Lost Things have unforeseen repercussions which trigger a most serendipitous series of encounters. With an unforgettable cast of characters that includes young girls with special powers, handsome gardeners, irritable ghosts and an array of irresistible four-legged friends, 'The Keeper of Lost Things' is a debut novel of endless possibilities and joyful discoveries that will leave you bereft once you've finished reading. (Summary of Catalogue)

Kerry Macfarlane has run away from his wedding-that-wasn't. He lands in coastal Gabriel's Bay, billed as 'a well-appointed small town' on its website (last updated two decades ago). Here Kerry hopes to prove he's not a complete failure. Or, at least, to give his most convincing impression. But Gabriel's Bay has its own problems - low employment, no tourists, and a daunting hill road between it and civilisation. And Kerry must also run the gauntlet of its inhabitants - Sidney, single mother deserted by a feckless ex; Mac, the straight-shooting doctor's receptionist; a team of unruly nine-year-olds; a giant restaurateur; and the local progressive association, who'll debate apostrophe placement until the crack of doom. Can Kerry win their respect, and perhaps even love? Will his brilliant plan to transform the town's fortunes earn him a lasting welcome in Gabriel's Bay? (Summary of Catalogue)

Meet Eleanor Oliphant: she struggles with appropriate social skills and tends to say exactly what she's thinking. That, combined with her unusual appearance (scarred cheek, tendency to wear the same clothes year in, year out), means that Eleanor has become a creature of habit (to say the least) and a bit of a loner. Nothing is missing in her carefully timetabled life of avoiding social interactions, where weekends are punctuated by frozen pizza, vodka, and phone chats with Mummy. But everything changes when Eleanor meets Raymond, the bumbling and deeply unhygienic IT guy from her office. When she and Raymond together save Sammy, an elderly gentleman who has fallen on the sidewalk, the three become the kind of friends who rescue each other from the lives of isolation they have each been living. And it is Raymond's big heart that will ultimately help Eleanor find the way to repair her own profoundly damaged one. (Summary from Catalogue)